Meet the Leadership Team Behind Stevens

When people ask us why they should choose Stevens, we point out, among other things, the dedication of our leadership team. Through their experience and expertise, they ensure that our company is able to provide our customers with a worry-free move. Our company continually adapts to changes and trends in the marketplace, so we stay on top of the important details during your move. It’s thanks to our leadership that we’re able to take the stress out of moving for our customers. 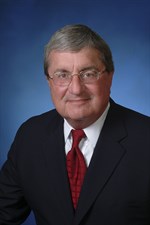 Stephen became chairman of the board and chief executive officer in 1988. In addition, he previously served as chairman of the American Moving & Storage Association (AMSA). 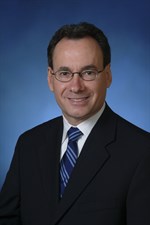 Mark Kirschner—Chief Executive Officer
An employee of the van line since 1982, Mark is proficient when it comes to the ins and outs of the moving industry.

Mark holds a bachelor’s degree in accounting from Indiana University.

A.J. Schneider—Executive Vice President
Beginning his career at the van line in 2007, A.J. previously served the company as vice president of sales and marketing.

A.J. holds a bachelor’s degree in journalism from Indiana University. 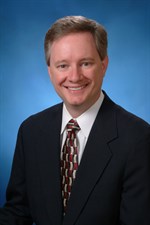 Jerrod Carter—Chief Information Officer
Jerrod has served as the van line’s chief information officer since 2010, ensuring that all technology and IT services are up to par with moving industry expectations.

Jerrod holds a bachelor’s degree in computer science from the Rose-Hulman Institute of Technology. 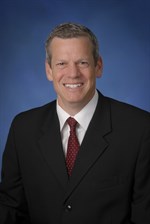 Ron Borkowski—Vice President of Operations
Ron has been with the van line since 1994 and has 30 years of moving industry experience. He holds a bachelor’s degree from Ball State University.

Fred McBroom—Vice President of Agency Development & Claims
Fred joined the company in 2000 and has more than two decades of moving industry experience. He holds a bachelor’s degree in marketing – distribution management from Indiana University. 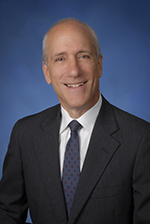 Tim Wiley—Vice President of Military & Revenue Accounting
Tim joined the van line in 1994 and has more than four decades of moving industry experience. He previously served as general manager/vice president of operations at Crown Moving & Storage.

Tim holds a bachelor’s degree from Indiana University in Bloomington. 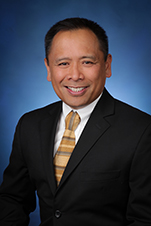 Chris Banguis—Vice President of Sales, Marketing & Move Management
Chris joined the van line in 2017. He most recently spent 14 years at Eli Lilly and Company, the Indianapolis-based global pharmaceutical company, in roles supporting sales and marketing, manufacturing and research and development.

Visit our careers page to get started.